Deviation from the geodesic motion due to gravity-matter entanglement

The weak equivalence principle is a key notion in general relativity to explain how an observer experiences gravity. A theory of quantum gravity should check if this principle still holds when we consider quantum mechanical effects such as entanglement. In the classical scenario, its immediate consequence is the motion along the geodesic. We show a deviation from the geodesic motion in the presence of the entanglement between gravity and matter. We analyze a simple and general toy scenario in which the entangled gravity-matter state consists of two terms: a dominant (classical) one, and a small perturbation. We rewrite the new geodesic equation as a geodesic equation for the dominant classical metric plus a contribution, coming from the interference terms between the dominant and perturbative gravity-matter fields. The additional term represents the deviation from the original geodesic equation due to the presence of gravity-matter entanglement.  We analyze the range of validity of this model and the relation of our result to the status of weak equivalence principle in quantum gravity. Moreover, we explore its consequences to the emergence of classical spacetime, nonlocality, and quantum causality. 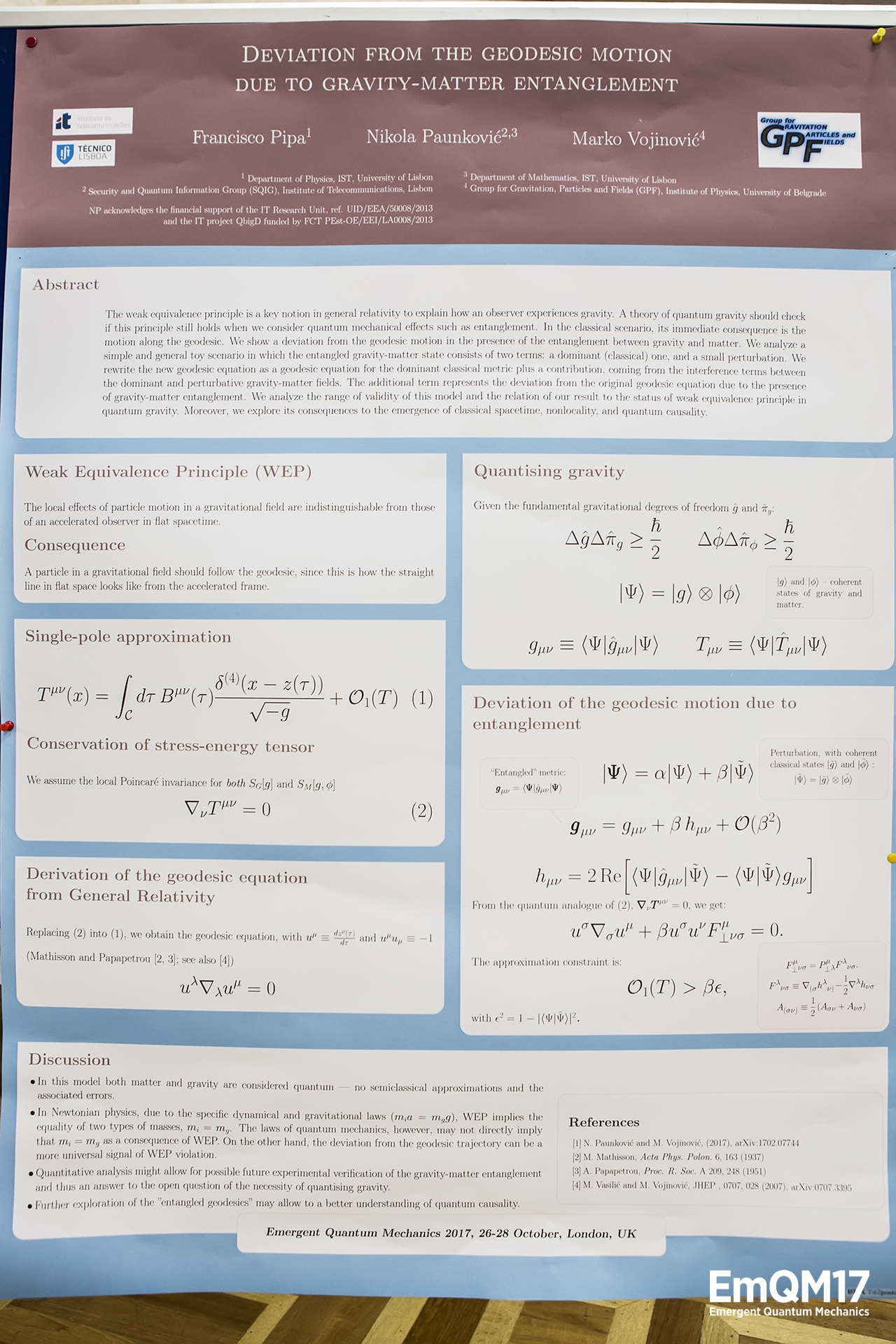