Mind in the World, World in the Mind: Edmund Husserl’s Phenomenology and David Bohm’s Ontological Interpretation

Although Edmund Husserl founded phenomenology around the same time physicists were making the first discoveries that would lead to the foundation of quantum mechanics, its connections to the philosophical problems evoked by quantum mechanics have not until recently been fully appreciated. As a result of Husserl’s emphasis on epoché, the suspension of beliefs about mind-independent reality, and Husserl’s characterization of phenomenology as a new science of experience, phenomenological approaches have been mainly associated with Niels Bohr’s instrumentalism as well as John von Neumann’s consciousness-collapses-the-wave-function solution to the measurement problem, whereas alternative associations have been scarcely considered. This poster presentation suggests one such alternative, a novel parallel between Husserl’s phenomenology and David Bohm’s ontological interpretation of quantum mechanics. Drawing from suggested links between consciousness and quantum phenomena, it is argued that there is a connection between Bohm’s physical description of reality, which seems to imply claims about consciousness, and Husserl’s phenomenological description of consciousness, which conversely seems to imply claims about reality. The Husserl-Bohm connection is sketched by looking at Bohm’s notions of quantum potential, appearance and essence, and the implicate order all of which seem to share an affinity with Husserl’s holistic notion of the horizontal intentionality of conscious experience. This connection is established mainly with the ontological question of realism in mind. In other words, this presentation concerns the possible combination of ontology and the conscious agent in phenomenological approaches informed by Bohm’s interpretation of quantum mechanics. 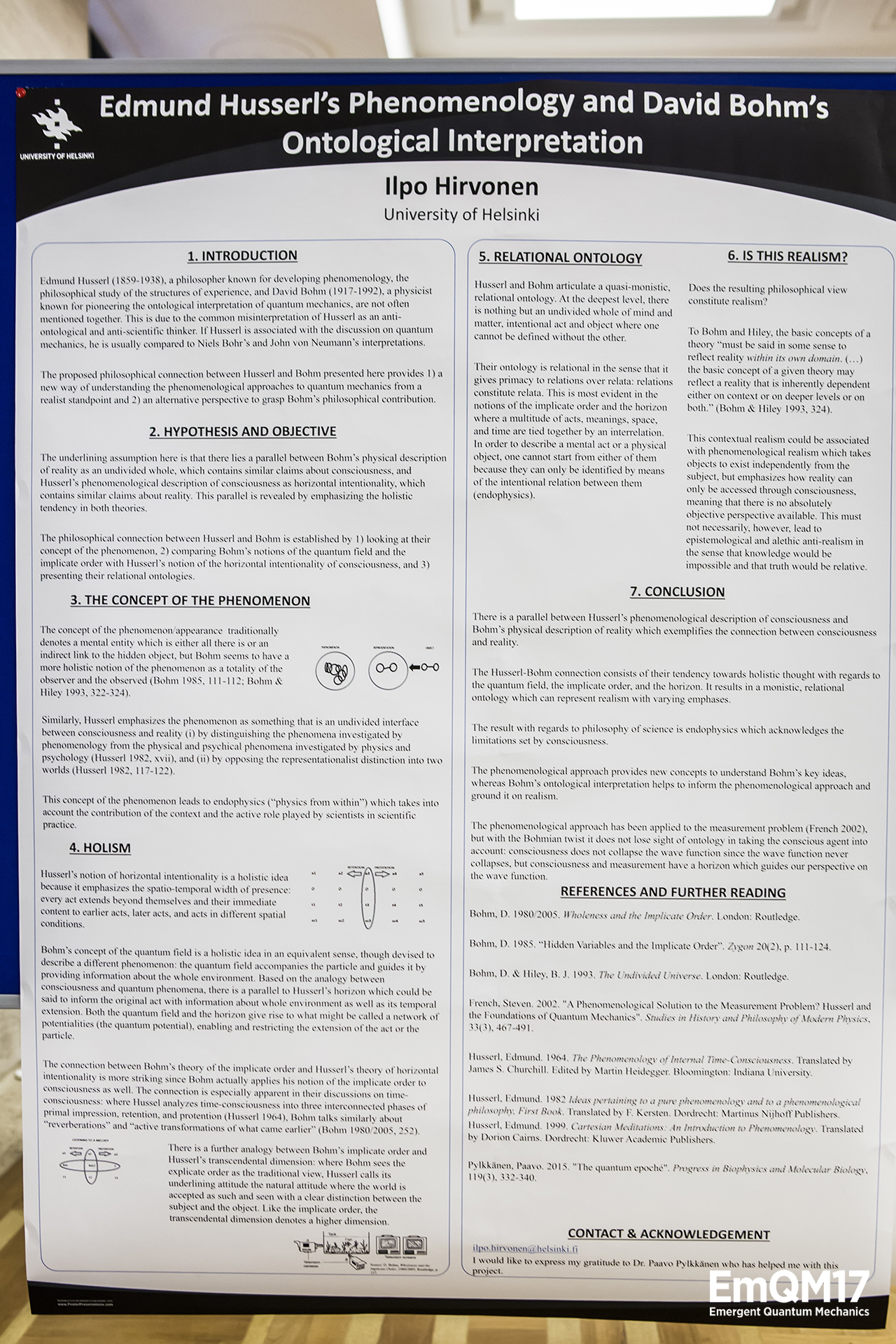