On the epistemic view of quantum mechanics: Spekkens’ toy model

Spekkens’ toy model is a non-contextual hidden variable model made to support the epistemic view of quantum theory, where quantum states are seen as states of incomplete knowledge about a deeper underlying reality. The aim of the model is to replace quantum mechanics by a classical theory with the addition of an epistemic restriction (i.e. a restriction on what an observer can know about reality). Surprisingly many features of quantum theory can be obtained within the model (teleportation, no cloning, …) : approximately everything but contextuality, which therefore seems to be the inherent quantum feature. In our research we have endowed Spekkens’ model with measurement update rules and we have extended it to all dimensional systems, non prime dimensions too. We have also extended the equivalence between Spekkens’ toy model and stabiliser quantum mechanics from odd prime to all odd dimensions. The latter is a sub-theory of quantum mechanics very important in the fields of quantum error correction and quantum information. These results provide a complete characterisation of Spekkens’ theory, which can also find applications in quantum computation. For example it can be used to represent the non-contextual classically simulatable part of state-injection schemes of quantum computation where the quantum universality is then achieved with injected magic states, not represented in Spekkens‘ model, that bring in contextuality. 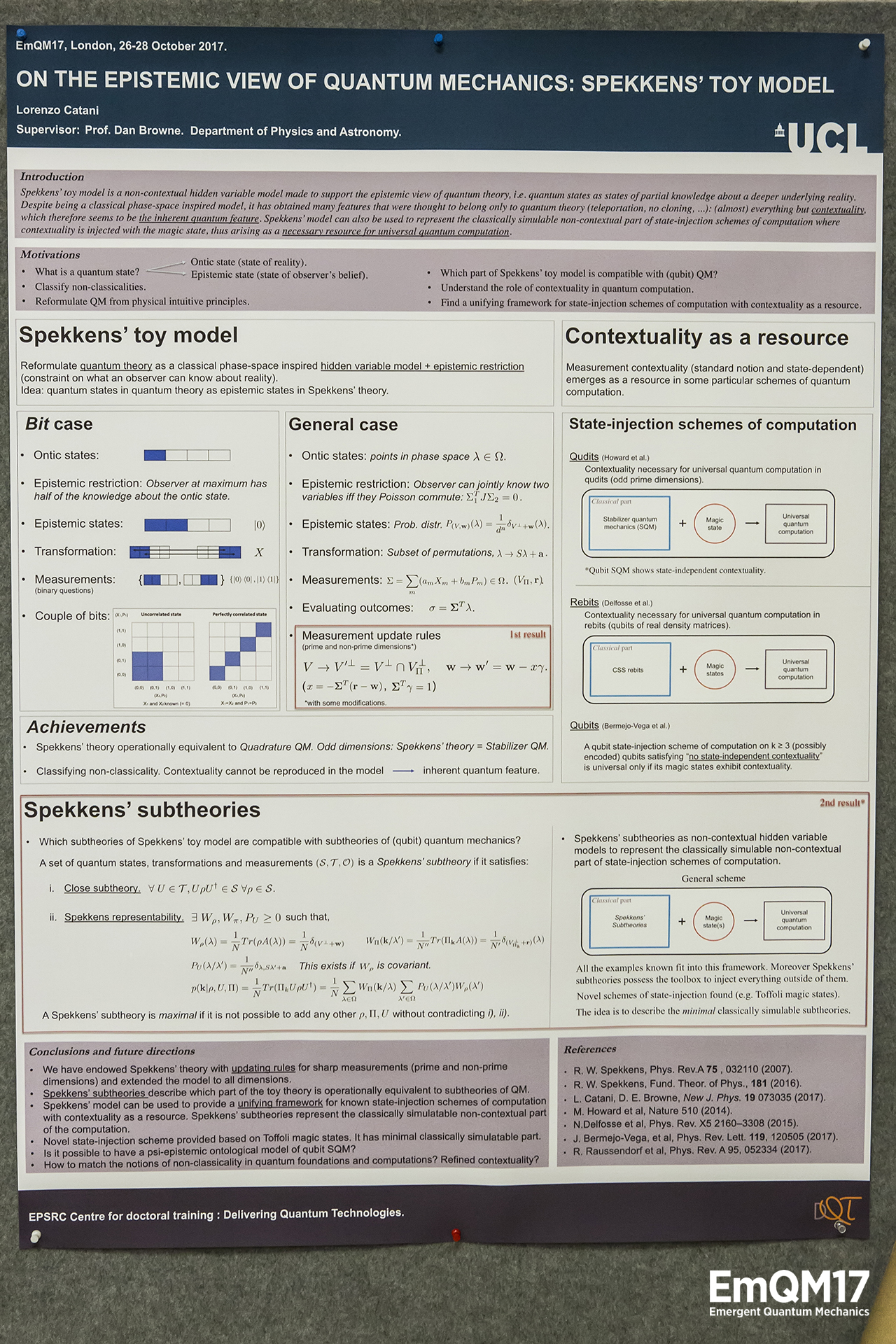