On the art of perceiving movement

In this paper I study the nature of movement. According to David Bohm movement is fundamental. Some philosophers and authors have held time as a fundamental, irreducible entity. Some have held that consciousness is fundamental and primitive. Many physicists think that quantum fields are ontologically fundamental. Bohm sees that time, space, quantum fields (matter in general) and perhaps even life and consciousness can be deduced from movement that fundamentally gives shape to all forms. In traditional thought things are the subjects of motion, movement and change. Bohm sees it the other way around (in accordance with process philosophy): movement is primary and things and entities emerge out of movement and dissolve back into it. The general form of this movement, according to Bohm, in his implicate order metaphysics, is ”holomovement” (the totality of movement of unfoldment and enfoldment). Implicate order is thought to be a dynamical process of change and development. One key aspect in this whole is thought itself. The main challenge is to see it as real and active; to see it as an active form that has consequences. I will explicate how Bohm understands the premises of physical reality, thought and their connectedness and show what will follow from this. 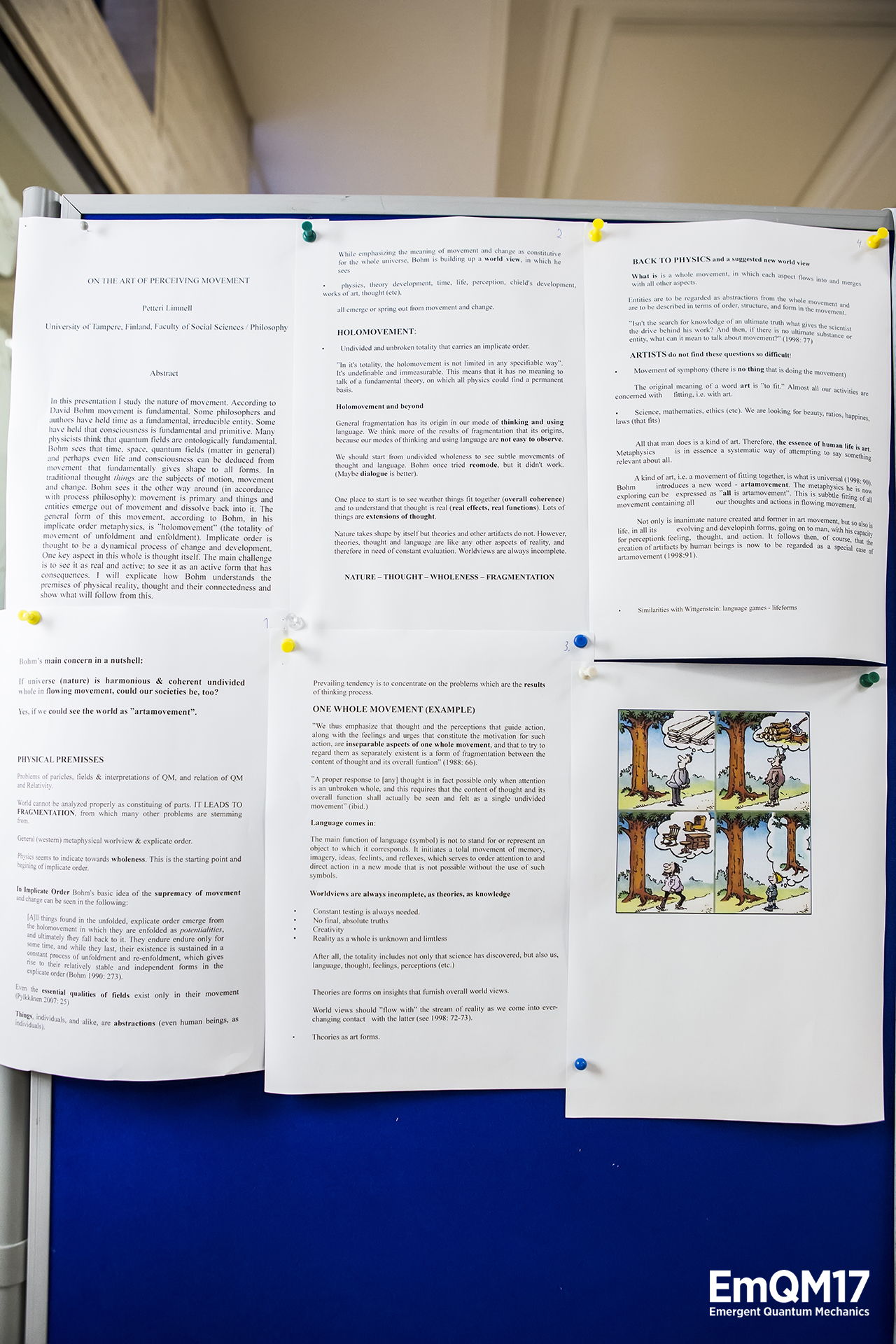