Some physicists surmise that gravity lies outside of quantum mechanics. Thus theories like the standard semiclassical theory of quantum to gravity coupling (that of Rosenfeld and Møller) are possible real models of interaction, rather than a mere approximation of a theory of quantum gravity. Unfortunately, semiclassical gravity creates inconsistencies such as superluminal communication. Alternatives by authors such as Diósi, Martin, Penrose, and Wang often use the term ’stochastic‘ to set themselves apart from the standard semiclassical theory. These theories couple to fluctuations caused by for instance continuous spontaneous localization, hence the term ’stochastic‘. This paper looks at stochastic gravity in the framework of a class of emergent or ontological quantum theories, such as those by Cetto and de Broglie/Bohm. It is found that much or all of the trouble in connecting gravity with a microscopic system falls away, as Einstein’s general relativity is free to react directly with the microscopic beables. The resulting continuous gravitational wave radiation by atomic and nuclear systems does not, in contrast to Einstein’s speculation, cause catastrophic problems. The small amount of energy exchanged by gravitational waves may have measurable experimental consequences. A very recent experiment by Vinante et al. performed on a small cantilever at mK temperatures shows a surprising non-thermal noise component, the magnitude of which is consistent with the stochastic gravity coupling explored here. 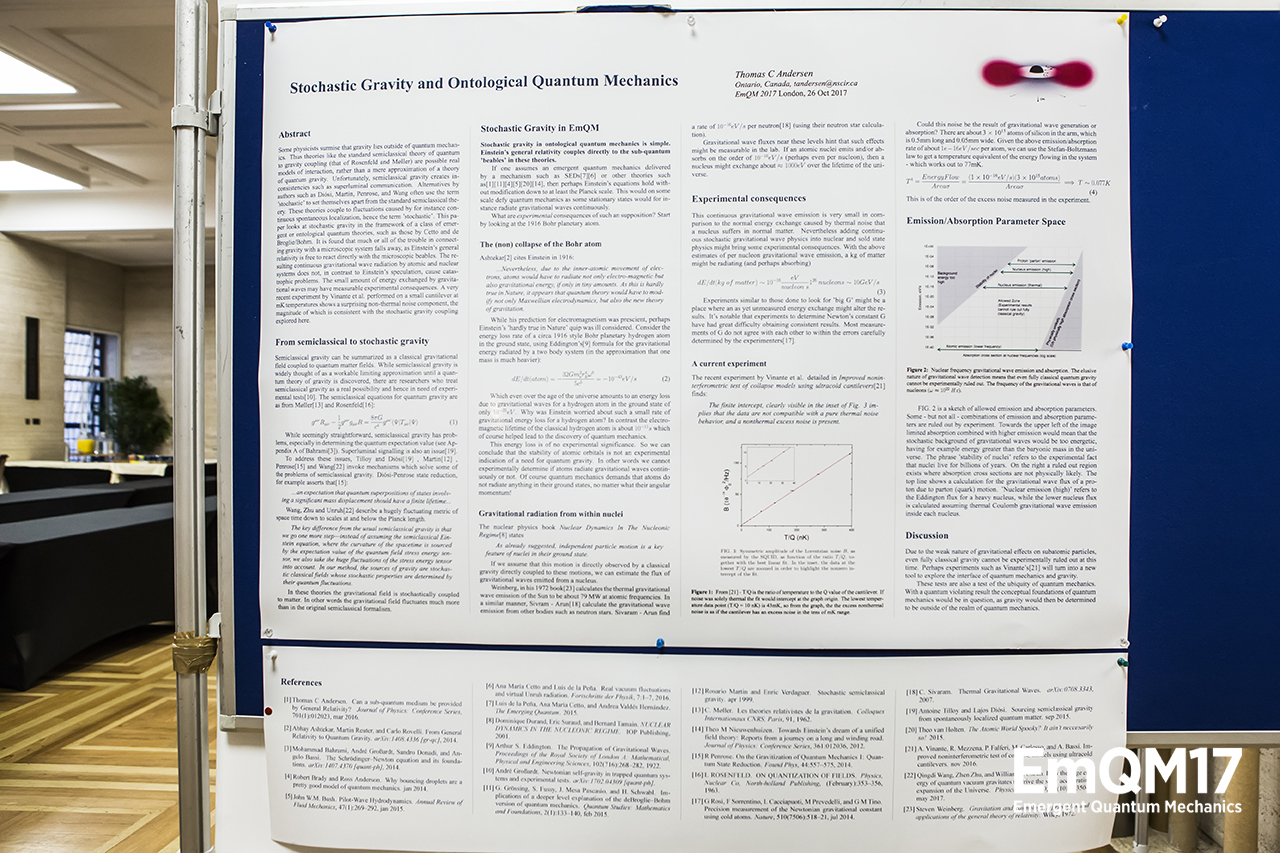